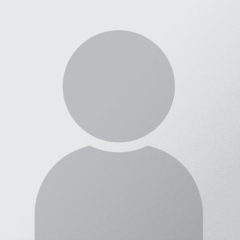 Escorted Rachel to clinic for therapy session. Parking easier. On time, every time. Welcoming, friendly and professional staff. Calming waiting area, perfect for rest and coffee. Happy with all aspects.

I am/was a fit and healthy 21 (now 22) year old male, in April 2016 I suffered a severe bleed on the brain which left me with a left sided hemiplegia. After basic physiotherapy in a rehab unit in hospital I was discharged when deemed fit enough to go home. At first I received regular physio at home from the "ESD" (early supported discharge team) but as time went on, this began to tail off as I was being transferred to community Physio's as an outpatient (waiting period was due to a backlog). So during this period my Dad decided to take action and search for Neurotherapists in the surrounding area (Cheshire). He came across Therapy Matters, and it is only now that we know how lucky we are that Clare Fraser's clinic is on our doorstep. Initially, as the ESD team were finishing off, they had asked whom I would be going to see privately, they immediately recommended Clare, I was obviously excited to say that is who I would be seeing. Now obviously, when I arrived at Therapy Matters, I knew it would be difficult to see Clare myself, as she would obviously be everyone's number one choice of therapist, so I was to see Megan, a young girl, although with great experience and a seemingly vast knowledge of neurological therapy. After she performed an initial assessment my  recovery, since seeing her (and then Dave too) began to take shape and I have continued to go there several times a week since October 2016. I have a great rapport with the Physio's there and really feel as though I can achieve my highest potential post-stroke with them - this is my main personal goal, although I/we do set small goals to achieve with the therapists such as reducing my ten meter timed walking challenge time. I would thoroughly recommend Therapy Matters for anyone that needs Neuro therapy or complex rehab, they are superb from my own experience and if you have the means to get therapy from them, you need to do it because nothing is more important than your health! It's just a shame I don't know more people to recommend them too! Oh and also, the Physio's are training all the time and learning off Clare's vast wealth of experience, whilst also partaking in courses and lessons, so don't be discouraged by having someone else, they're all great! Can't speak highly enough of them, I just hope to continue on this upward trend of of recovery, and with TM I have every confidence in doing so! 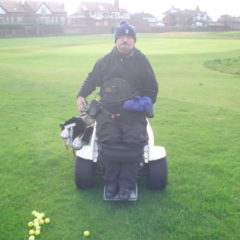 My stroke left me with dense left side paralysis. My goals have been, initially, to stand/step/transfer and then walk with the aim of returning to independent living.

I saw Clare as an outpatient for many months following my stroke. Additional goals achieved have been driving the car using only right side controls from my wheelchair. Now nearly 2 years after my stroke I can walk short distances and am working on increasing this, plus looking to return to my hobby, golf, and playing 1 handed from a paragolfer buggy!

Clare’s expertise & professionalism throughout my treatment has been second to none. Some of the core highlights of my rehab with Clare have been realistic setting of goals and the support that is offered to help with rehab.

I would thoroughly recommend Clare and TherapyMatters to anyone who requires neuro/stroke related treatment knowing this will help improve their quality of life and recovery. 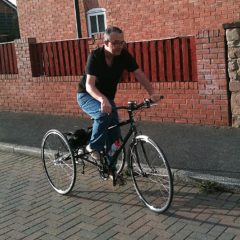 As a result of having a stroke in October 2010 I was left with no movement in my right arm and no function in my right hand. I also have right sided weakness and walk with a limp. My personal goal is to regain as much function as possible.

Clare Fraser was personally recommended to me. The highlights of the treatment for me have been that my foot has improved and my arm and hand have moved in ways I didn’t think they could have. For me this will go a long way towards helping me to return to certain aspects of my life before the stroke.

I am continuing treatment and will do so for as long as I see improvement. I also receive NeuroPhysiotherapy from the local hospital and Clare has liaised with my other therapist to ensure good communication and that my treatments do not conflict.

Clare is dedicated to my recovery from beginning to end. I would recommend anyone to consult with Clare and TherapyMatters for NeuroPhysiotherapy. You will not be disappointed.

In Summer 2010 I experienced considerable pain in my left upper arm which was interrupting my sleep and my GP advised me to seek help through physiotherapy to cure the problem.

The Physiotherapist who initially treated me reached a stage where he considered that my problem required more specialist help involving the nervous system (as I had suffered a previous stroke in the past) and recommended TherapyMatters as the people to see.

I found Clare Fraser’s first investigation of the pain area extremely searching and was supported by detailed note taking. Subsequent ‘hands on’ sessions followed and her conclusion was that the shoulder joint required surgery. Her thoroughness inspired confidence and I accepted her advice to see an orthopaedic consultant.

Subsequent x-ray of the shoulder joint showed that the cartilage had disintegrated and a replacement shoulder was necessary. This operation was successfully done in early 2011 followed by a six month period of exercises to rehabilitate arm movements at the hospital.

At the end of this I still had some pain and restriction of movement and decided to consult TherapyMatters again. After only 4 treatments and a few home exercises I was able to use the arm almost normally and with little pain. This achievement was Clare’s and not mine and should I ever require future physio I would return to her without hesitation. Her expertise and knowledge have inspired me to recommend two friends with painful conditions to seek help here. Other physios have treated me for various problems mostly suggesting exercises but TherapyMatters stands alone with the amount and quality of the manipulation and therapy successfully applied.

At TherapyMatters we are highly specialised at treating people with movement, posture, balance and functional problems. We aim to provide you with the highest quality of assessment, treatment and ongoing support to help you achieve your best possible potential and maintain it. We treat a wide variety of neurological conditions, please contact us to find out how we can help you.